I was delighted to get a full review of Fraudcast News in a recent issue of The Friend magazine. Below is an excerpt while this a link through to the complete article.

An article by Elizabeth Redfern that appeared in the 4th July 2014 edition of the Friend.

Press corruption is sadly a subject we’re now familiar with, from the press’s own coverage of the Leveson Inquiry and more recently the trial of Rebekah Brooks, Andy Coulson and others, who – in what might become the longest criminal trial in English history – are charged with phone hacking at the now-defunct News of the World tabloid. It would be nice to think that this is an unfortunate blip in an otherwise sparkling British press history. Certainly I hadn’t taken much notice of the inquiry or court case until I’d started to read Patrick’s book, when some familiar words started to nag at me.

When Patrick Chalmers hit on becoming a foreign news correspondent, he dreamed of somehow helping advance the cause of social justice around the world. When he eventually landed that dream job, he soon realised it had little to do with improving people’s lives. So he quit to work out where he’d gone wrong, in the process transforming himself into an author, activist and campaigner for better media and governance structures.

Among the results was Fraudcast News – How Bad Journalism Supports Our Bogus Democracies published in paperback and as a free PDF download. Patrick will read from the book and discuss how it relates to current political events at all levels, ranging from climate change inaction, renewed conflict in Iraq, Scottish independence or the rise of UKIP. 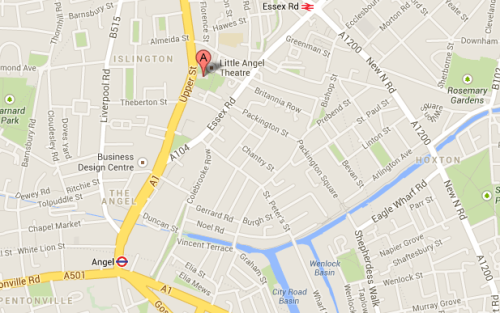 Making peace in times of war – the heroes of Vietnam